In remembrance of me…

In the old testament, there were lots of events the Lord gave to children of Israel to keep, remember and celebrate. In contrast, after the cross, technically, just one - The Lord’s Supper aka Holy Communion.

“23 For I received from the Lord Himself that which I passed on to you [it was given to me personally], that the Lord Jesus on the night when He was treacherously delivered up and while His betrayal was in progress took bread,

24 And when He had given thanks, He broke [it] and said, Take, eat. This is My body, which is broken for you. Do this to call Me [affectionately] to remembrance.

25 Similarly when supper was ended, He took the cup also, saying, This cup is the new covenant [ratified and established] in My blood. Do this, as often as you drink [it], to call Me [affectionately] to remembrance.

26 For every time you eat this bread and drink this cup, you are representing and signifying and proclaiming the fact of the Lord’s death until He comes [again].”

I prefer the word (Holy) Communion as the word speak for itself: the sharing or exchanging of intimate thoughts and feelings…

The Amplified bible actually brings out the intimacy when we part take Holy Communion. It’s not a holy ritual, it’s an intimate moment between Him & me.

Love came down, now I can call to Him affectionately.

Here lies the same same but different between the children of Israel’s events and mine: theirs was an remembrance of what had been done and a shadow of what was to come- a signage pointing to Christ’s first coming. As for mine, it’s a proclamation of my Lord’s victorious works on and after the cross with the evidence of His second coming.

During (Holy) Communion, it is a (holy) intimate moment between the same Great I AM of Moses and me… with affections. Remember that without the divine exchanged on the cross, there is no element to begin with.

It was His broken body, His shed blood, that His Presence, His Hand, His salvation, forgiveness, healing, wholeness, restoration, protection, favor, wisdom and everything else are now made accessible to me, a literal reminder by remembering what He had done and why He did it - because He loves me.

…as often as you eat this bread and drink this cup…

…as often as you eat this bread…

…as often as you drink this cup..

…as often as… or every time in the amplified version, is one passionate cue that The Holy Spirit used. There is no ritual nor ceremony timeline fit the bill.

Indeed, being filled with His Love for us, will cause us to walk in confident like shepherd David calling out, “…For who is this uncircumcised Philistine, that he should defy the armies of the living God?” 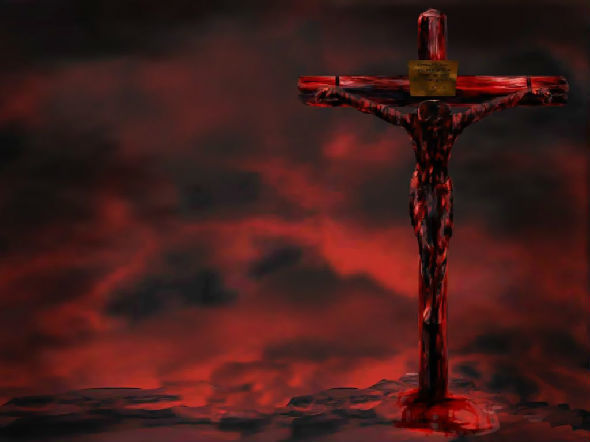 5 Aug 2014 I just had a thought… you know the recent or in fact, is a known thing about Singapore’s sport arena stands - As long sportsman holds pink IC, regardless where they from they represent Singapore. So, in that same context,... Continue →